The first section describes the continued efforts to enrich and maintain the existing online performance database and to add new operational data from existing and new grid-connected PV systems. This activity deals with quality data only, selected and analyzed for usability by experts from each of the contributing countries.
Currently (mid 2014), the PV online performance database contains operational data of nearly 600 PV systems in 13 countries. The spectrum ranges from small installations of less than 1 kWp to power plants of more than 2 MWp. The database includes datasets of PV systems with different cell technologies and type of mounting like flat roof, sloped roof, façade, ground mounted or PV sound barriers. An important function is the possibility to filter the available data within the database. This allows a comparison of the different plant data within the sorted arguments. It is possible to export the data to a spreadsheet application like Microsoft Excel. In this way, it is possible to create own graphs and to analyze the data in more detail.

A complementary approach is described in the second section, attempting to answer the question “How well is PV serving the world”. Therefore, only two parameters from as many PV systems as possible are analyzed:

Experts of Task 13 have attempted to collect appropriate data for a large amount of PV systems. Notably data from Italy, USA and Australia have been supplied for this. Limited data availability from other participating countries has been addressed by using so-called web scraping techniques that collect and organize performance data automatically in databases.
In order to study correlation between performance and system size, data have been divided into system power classes ranging from <1 kWp to >10 MWp. In addition, performance data can be related to climate zones.
It may be concluded that today’s PV systems are in general “delivering what the salesman says”, with country differences in annual yield that can well be explained by irradiation differences or climate zone differences.

While the first two sections deal with the analysis of PV system efficiency, the third section aims at finding the root cause of faults that lead to system downtime or low efficiency, as expressed by a low overall Performance Ratio.
A study has begun to find correlation between defined faults, either hardware failures or low efficiencies, and the system parameters immediately before the fault as compared to long before the fault. The systems under study were and will be monitored for efficiency. When the efficiency drops or a failure becomes apparent the system parameters will be examined and compared to periods of time past. It is assumed that a correlation between monitored system parameters and specific failures can be found and catalogued. If a statistical correlation can be found between the changing characteristics of specific parameters and specific fault types, these correlations could be used as signs for impending failure.
Such correlations could then be used to alert the owner on faults when no Performance Ratio monitoring exists. 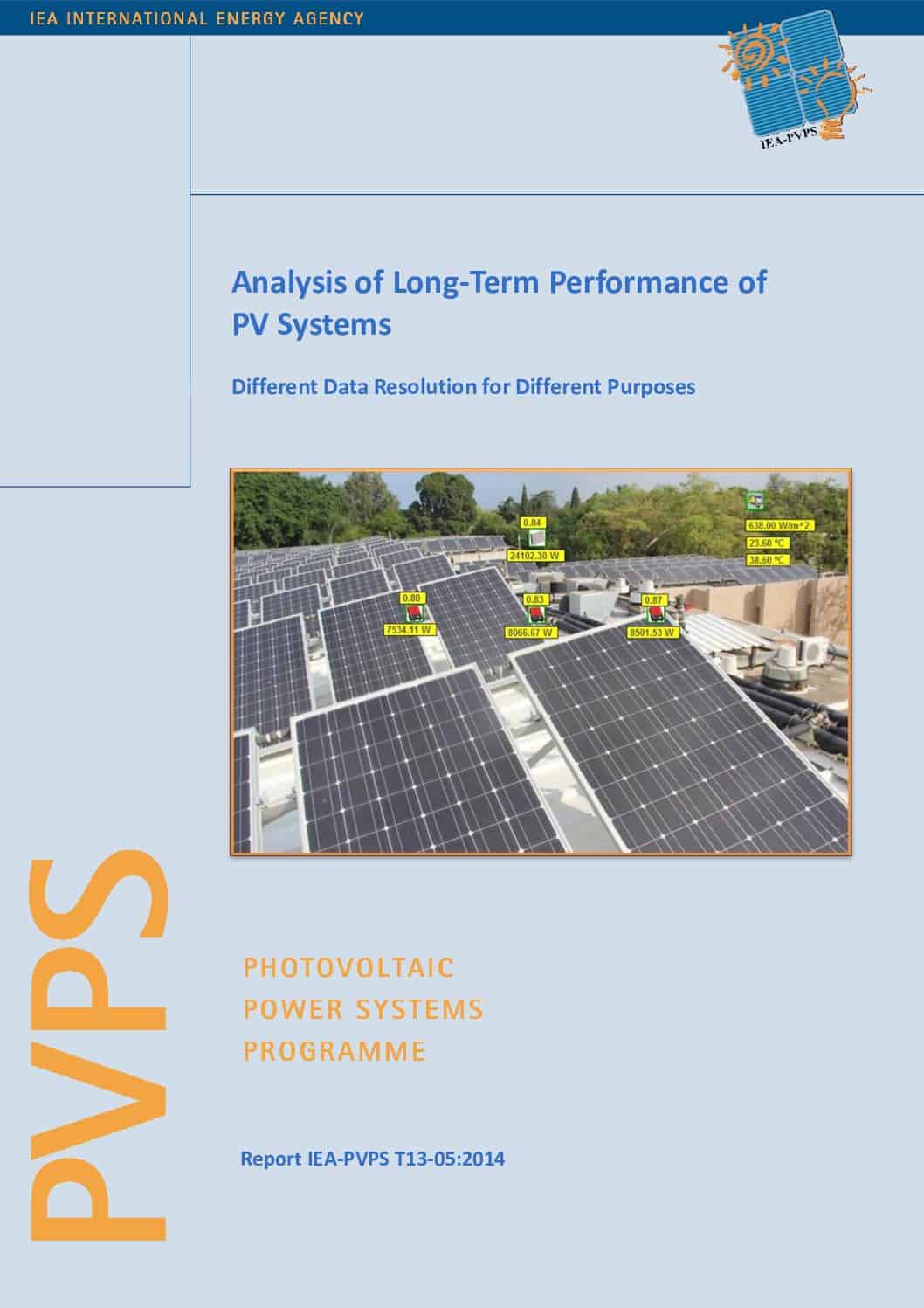