This report focuses on the requirements, specifications and regulations relevant to the development of BIPV performance and safety standards. After presenting a comprehensive list of possible requirement items and analysing specifications and regulations related to BIPV, this report provides information and proposals to support the development of international BIPV standards, one of the key elements that can contribute to accelerate the market uptake of BIPV.

The report provides a review of current regional and international standards and drafts that are either dedicated to BIPV or are frequently referenced in BIPV standards/drafts. The European BIPV standard EN 50583 was taken as the basis to identify “basic requirements” for BIPV modules and standards as construction products and as electrical components, to which durability/reliability, water and air tightness, seismic resistance and other requirements were added. These “high-level” requirements were broken down into lists of concrete technical requirements for BIPV that can be addressed by standards and technical specifications. As far as possible, international standards that were equivalent to originally referenced EN standards were identified and tabulated. This information is already being used as input by the IEC Project Team PT 63092, which is currently preparing an international BIPV standard.

During the search for equivalent standards, it became evident that there is not always a one-to-one correlation between EN and ISO standards with respect to construction products. Further close analysis by PT 63092 of the referenced standards will be needed to determine whether an identified ISO “equivalent standard“ indeed addresses the topic intended by the BIPV standard.

Categories concerning the necessity and suitability of international standardisation for BIPV were defined. The authors recommend that three categories, “internationally mandatory”, “useful to design BIPV” and “useful to characterize BIPV, but no need for pass/fail criteria” be addressed at the international standardisation level. Other categories recognised that some technical requirements will continue to be addressed best at the national or local level, that the topic is not of immediate urgency or that some non-technical requirements are beyond the scope of standardisation efforts. Based on these
categories, the identified technical BIPV requirements were categorized, providing a clear recommendation of topics that should be addressed by international standards on BIPV. These outcomes have been and will continue to be provided to the bodies such as IEC and ISO to support the development of international BIPV standards.
Proposals for modified or new test and calculation procedures will be addressed and reported in future work within IEA-PVPS Task 15. 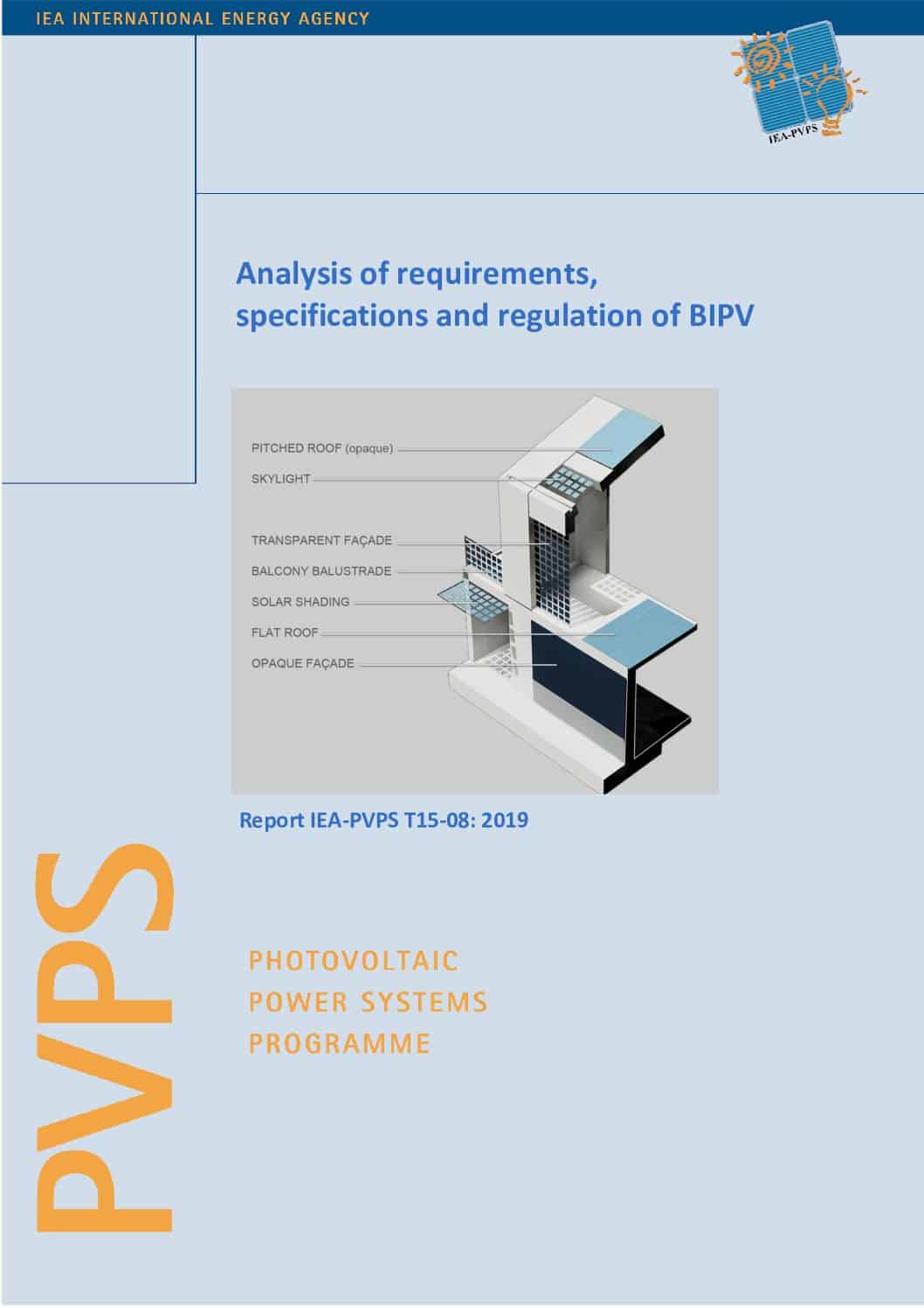