Analysis of the Technological Innovation System for BIPV in Spain

This report analyses the Technological Innovation System (TIS) of the Building Integrated Photovoltaic (BIPV) technology in Spain as it was in March 2022; the analysis aims to facilitate and support the implementation of BIPV and the innovation and industrial BIPV solutions development. It starts by identifying the actors, networks, and institutions to perform the structural analysis. Then, the functional analysis includes a review of the BIPV-related publications, projects, and patents. Interviews with relevant experts in the field and tailored surveys addressing each stakeholder group have completed the experimental basis for the eight defined TIS functions assessment.

Results show that BIPV knowledge development in Spain has sufficient quality, although it is mainly limited to the scientific and academic fields; the innovation system needs further technological and market knowledge, more in BIPV roofing than in BIPV façade solutions. Also knowledge dissemination is weak, especially between the photovoltaic and the construction sectors.

Entrepreneurial experimentation, also identified in the construction sector, is slowly increasing, and more companies’ competency is needed. When it comes to resources, there are funds for PV research, development, and innovation projects, but aids are not specific to BIPV. Besides, there is a lack of BIPV-qualified technicians; BIPV is directly competing with building added photovoltaics (BAPV), usually with lesser costs and faster growth due to the PV self-consumption’s success.

About the development of social capital, smooth communication and trust are essentially limited to just the known agents, so some initiatives are necessary to improve this market driver. Concerning legitimation, there is good acceptance and perception of BIPV from architects and general society; however, two main barriers increase the customers’ resistance to including BIPV: costs and lack of related regulations.

Two major difficulties are that BIPV is not explicitly in the Technical Building Code, and there are no specific financial incentives or subsidies for BIPV. The BIPV market in Spain is still a niche market, slowly growing and with good future perception. The search guidance is not clear but starts from a general framework that, despite all, could be favourable to BIPV development; BIPV can benefit from the support addressed to PV self-consumption and buildings’ energy retrofit projects.

To further develop BIPV towards a commercial market, it is recommended to include BIPV in building codes and get in place BIPV-specific incentives. Other suggestions to boost BIPV in Spain are at the end of the report. The annexes contain lists of BIPV projects, patents, publications, and relevant stakeholders. 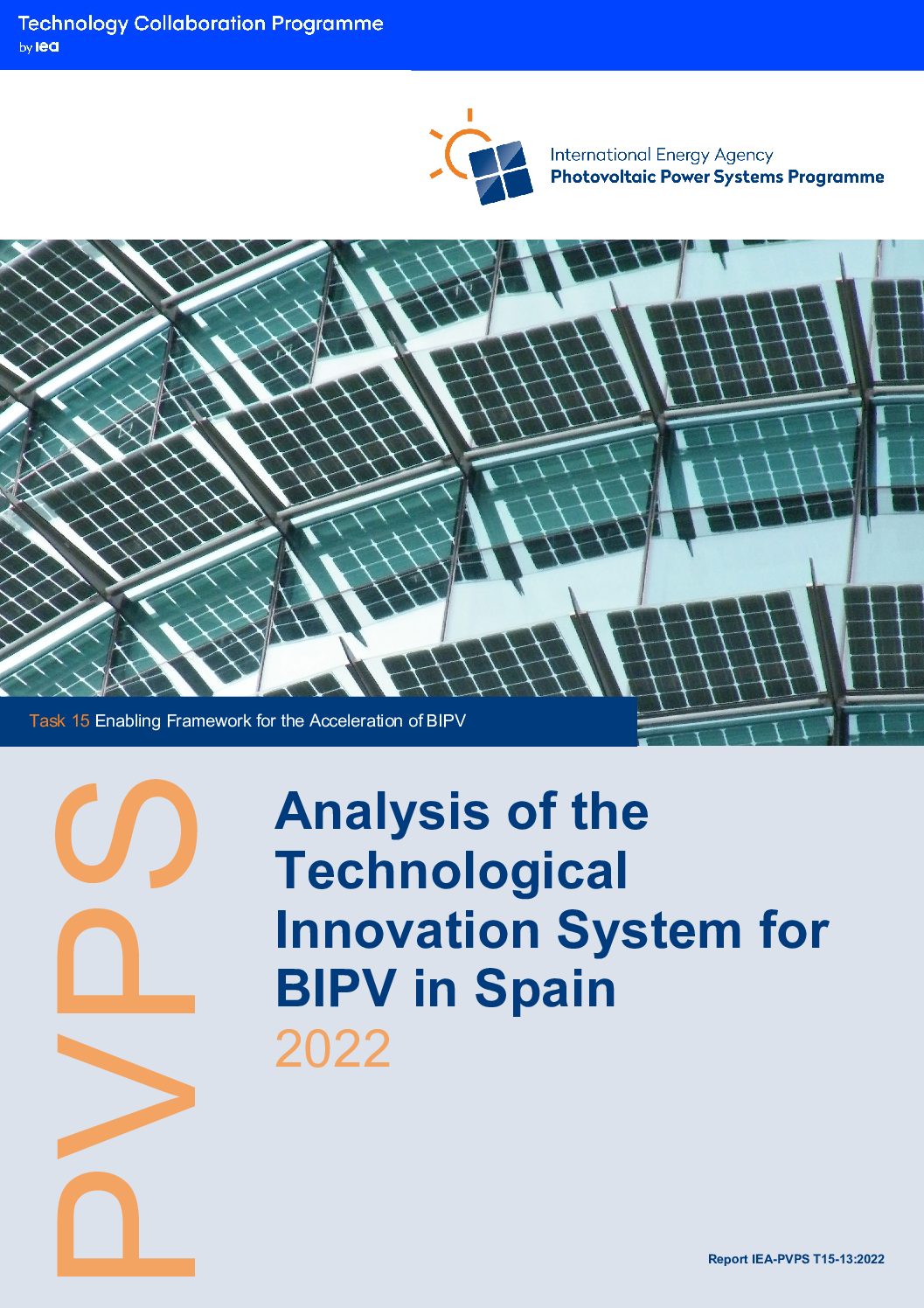