Although thin-film photovoltaic (PV) modules have been in production for decades, the characterization of their performance, both outdoors and under artificial light, remains a topic of active research. This is because the field contains a diverse set of PV technologies, each of which has physical differences from conventional crystalline silicon PV. These differences range from different temperature coefficients to complex short-term or seasonal transients in performance. This report summarizes the nature of these special behaviours and demonstrates best practices for handling them in the context of several case studies.

The first portion of the report deals with the performance of thin-film PV modules in solar simulators. Achieving repeatable performance measurements is challenging, even under artificial light. Stable, spectrally matched reference modules are generally unavailable, which can lead to errors in the effective illumination level. Some technologies have high capacitance, leading to problematic dependence of results on the duration of illumination and of the I-V curve sweep. Modules must be stabilised to avoid the influence of metastabilities on the results. This is normally done by light exposure or “light soaking” and the report proposes an approach for improving upon simple light soaking by applying bias.

The report then covers the issues surrounding the measurement and analysis of outdoor performance of thin-film PV modules. The widely varying spectral responses, temperature coefficients and metastable behaviours of different thin-film technologies lead to special challenges in outdoor performance analysis. This is illustrated by the presentation of a new method of collecting and analyzing performance data from many international partners. Specific issues of spectral performance analysis are then discussed, including measured-spectrum and modeled-spectrum methods.

The target audience of the report is scientists and engineers who participate in the collection, analysis and prediction of indoor and outdoor performance data. This group includes planners, operators and manufacturers of PV power plants, participants in the standardization of methods for performance measurement and workers in academe or at national laboratories. 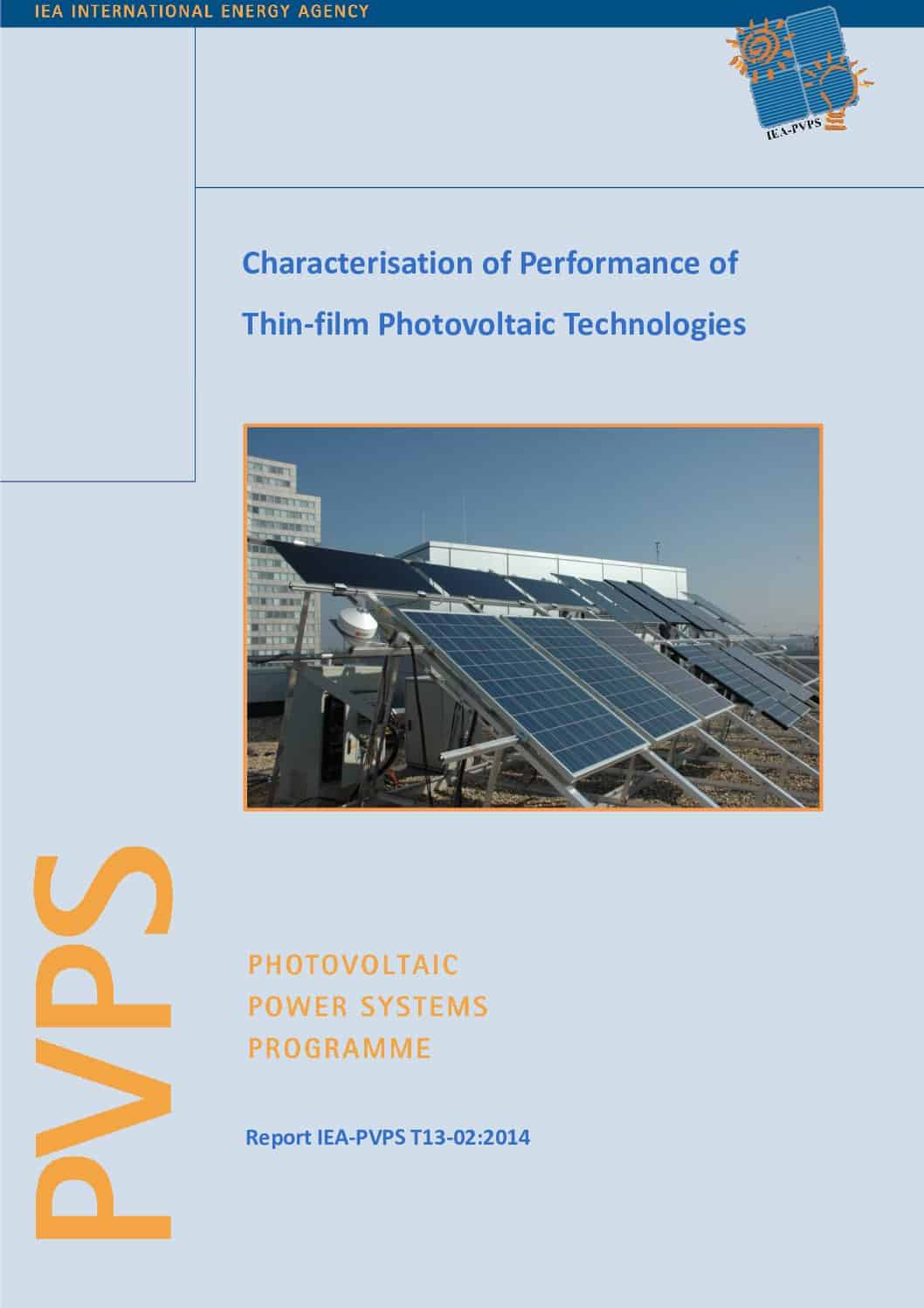