Grid-connected solar power generation, either dispersed or centralized, has developed and grown at the margin of a core of dispatchable and baseload conventional generation. As the penetration of this variable resource increases, the management of the underlying core gradually becomes more complex and costly.

The challenge ahead for grid-connected solar is to evolve beyond the margin and the context of underlying conventional generation management. The present report focuses on the challenge of displacement of the underlying conventional generation core by proposing to transform intermittent variable renewable energy (VRE) resources such as solar and wind  into firm, i.e. effectively dispatchable power generation.

Substantiated by in-depth case studies, this report infers that, almost anywhere on the planet, nearly 100% VRE power grids firmly supplying clean power and meeting demand 24/365 are not only possible but would be economically viable, provided that VRE resources are optimally transformed from unconstrained run-of-the weather generation into firm generation. VREs are then capable of entirely displacing all conventional sources economically (provided now emerging grid-forming inverter technology resolves any grid frequency and stability issues resulting from the displacement of conventional rotating power generation). The variable-to-firm transformation enablers include energy storage, the optimum blending of VREs and other renewable resources, geographic dispersion, and supply/demand flexibility. Most importantly this transformation entails overbuilding (see below) and operationally curtailing the VREs ─ a strategy we term applying implicit storage. This strategy ensures acceptable total VRE production costs, which include both generation and grid integration cost. 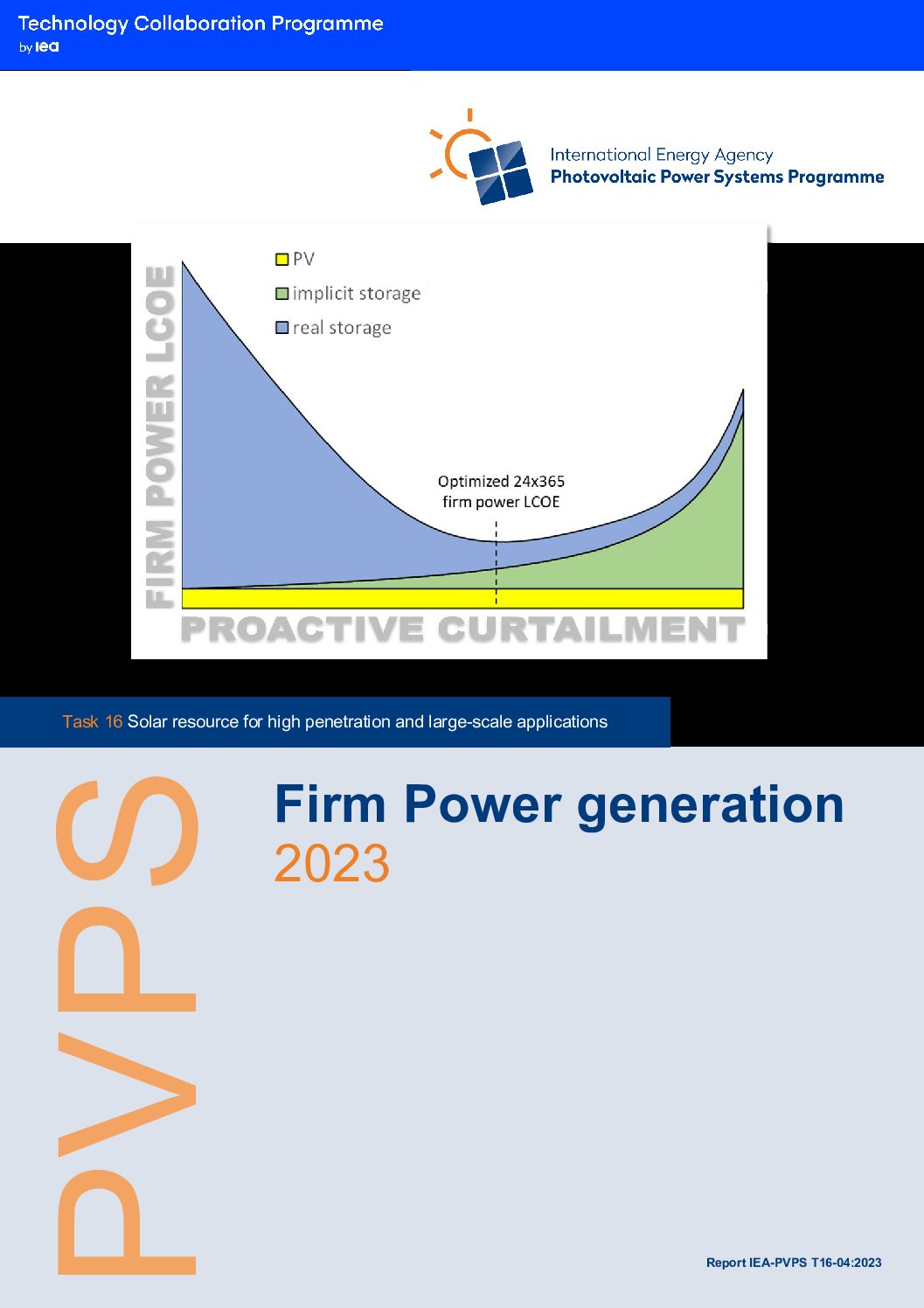