In Europe, the BIPV market is in a state of transition because mandatory energy performance regulations are very near. This is expected to take over as the main driving factor for the BIPV market, which should have the significant consequence of removing the distinction between a conventional building component and a BIPV component both in aesthetical and construction terms. This has led to intensified research and development aiming to create BIPV products that come in a variety of colours and sizes, while at the same time being as close as possible to existing building components, to its requirements and how it is considered by the construction industry.

The given market overview of state-of-the-art coloured BIPV products clearly reveals that for all parts of a BIPV module (glass, polymers, PV-active layers), there are technical solutions available for colouring. Pilot projects utilizing coloured BIPV products have been built in numerous (mainly European) cities clearly demonstrating the maturity of these solutions.

The key aspect that has been slowing down the progress of implementation of these aesthetically appealing and technically sophisticated new products into a wider market are the costs. In this respect, a lot of effort has been made to improve and optimize the relationship between colour and efficiency/power generation of BIPV elements. The results of the past and on-going innovative research and intensified fundamental considerations are also summarized in this report.

Besides the colour perception of the coloured BIPV elements under solar irradiation which is essential for the acceptance of the exterior appearance of a building, also transparency and inside visual comfort of BIPV – windows and façade elements are essential for the users and inhabitants. 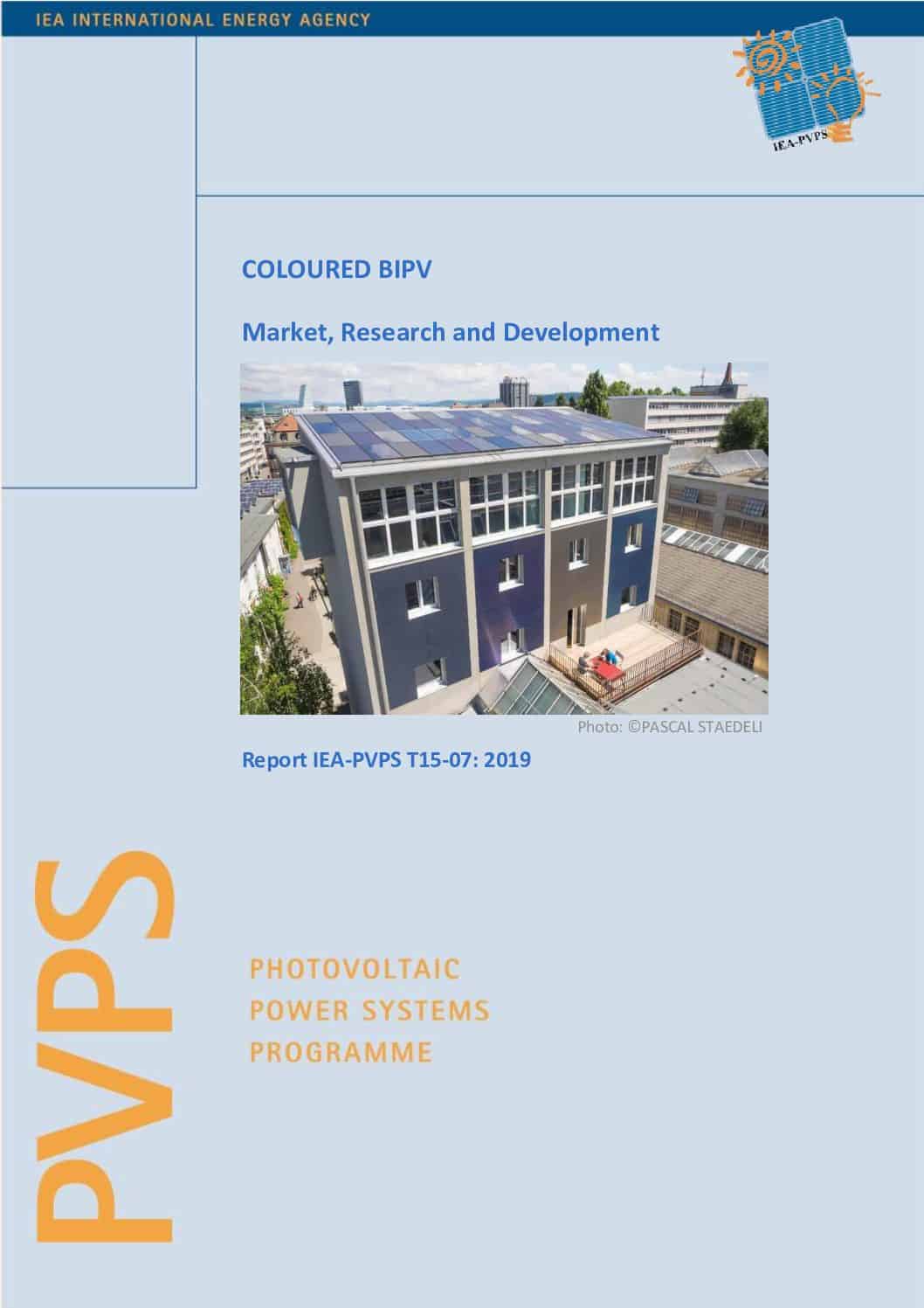