Back to List
Home›Publications›Tech Reports›Inventory on Existing Business Models, Opportunities and Issues for BIPV
TASK — 15

Inventory on Existing Business Models, Opportunities and Issues for BIPV

Building integrated photovoltaics (BIPV) can have a vastly different business model than other PV installations; applied on buildings or ground‐mounted. Business models for ordinary PV installations generally focus exclusively on revenues, direct or indirect, from the electricity generated, whereas BIPV has the potential to also reduce costs through the replacement of other building materials.

This report includes examples of various BIPV installations ranging from simple in‐roof residential installations to innovative facade designs on tertiary buildings. The timing of introducing BIPV in the design process affects the complexity of the façade construction. The façade examples cover the use of standard modules to custom‐made modules adapted to the design. The BIPV roof examples cover both small, simple in‐roof installations and a full roof BIPV solution. Results from the studied cases, show that only one of the involved companies have a BIPV‐specific business model in place.

A basic BIPV‐specific business model could be based solely on cost avoidance from replacing other building materials and revenues from electricity generation. This is viable if the BIPV installation has sufficiently low cost, or if the value of the replaced materials and electricity generated is sufficiently high. A BIPV specific business model is found in the case with a full BIPV roof, an installation that arose from the need for a roof renovation. The other examples are also based on material savings and electricity revenues, but many were made with publicly funded incentives like investment subsidies.

The purpose of the case studies is to identify the main drives for choosing BIPV in each example. These drives and values can be used as a basis in the development of new business models. For example, there is a “green” value, i.e. value of being environmentally friendly and sustainable, attached to PV, which could be significantly higher for a good looking, architecturally integrated BIPV installation than for the average PV system. For example, the green identity attracts high paying customers as tenants in two of the cases, which allows for higher rental fees. Future work is needed to explore ways to fully capture and monetize the green value of a building with BIPV.

Another business model, shown in one example, could be to build and sell the building at a premium. So far, there is no clear evaluation of the price premium of a building with BIPV. On the other hand, compared to the total cost of a new building, the cost of a BIPV installation is seemingly moderate. In two of the examples with large BIPV facades, the added cost was only 1‐2 % of the building cost. A leasing arrangement with a utility company is also described in one example.

In the future, it is likely that BIPV must cope without investment subsidies and that electricity revenues will be high from self‐consumption, but low from excess production. Highlighted in the analysis of regulatory environment is the need for collective self‐consumption to be allowed, which would improve the ability of system owners to value their PV production. BIPV can also benefit from regulatory measures imposing a reduced purchased energy demand of new or retrofitted buildings. 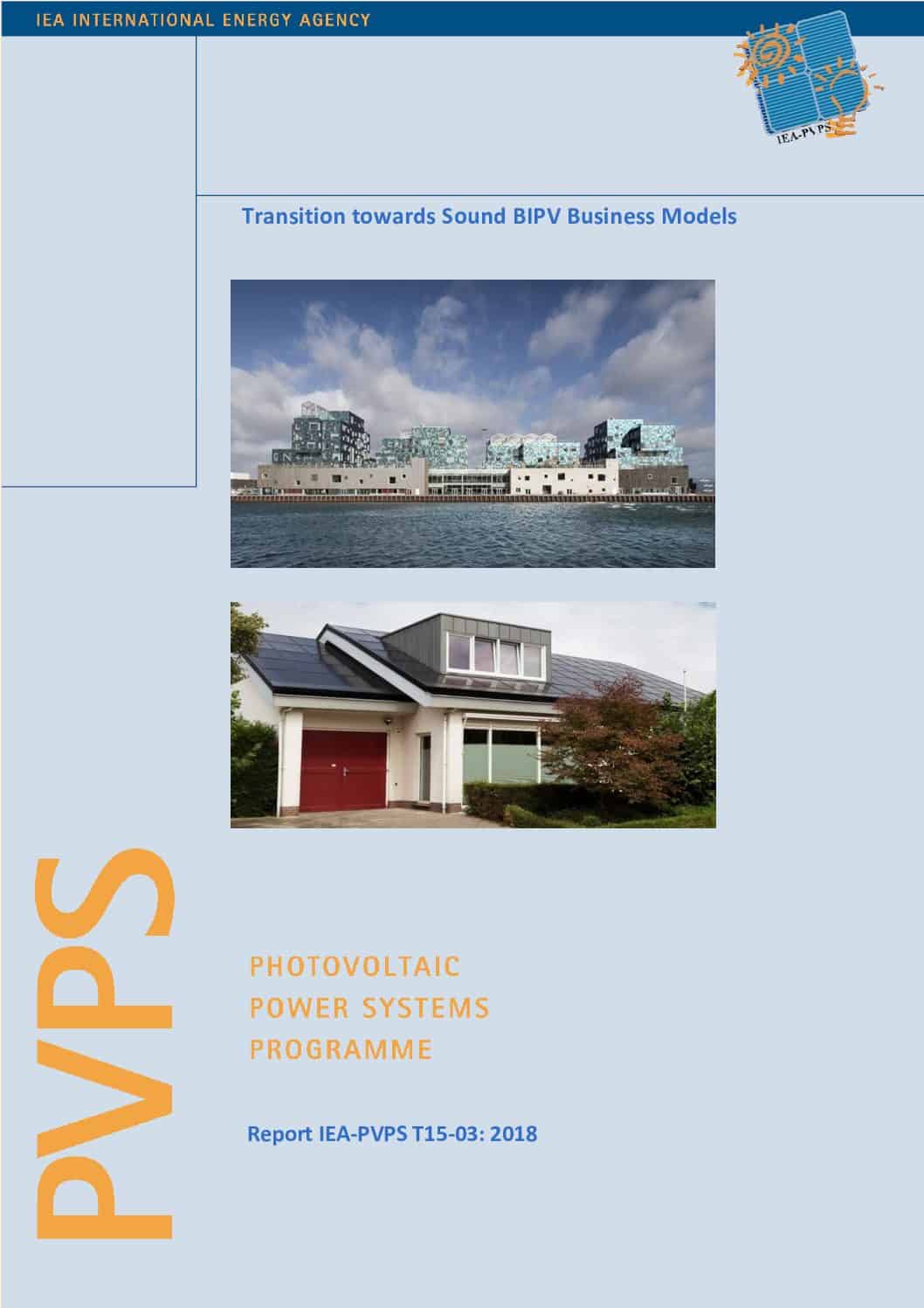