The report, End-of-Life Management: Solar Photovoltaic Panels, is the first-ever projection of PV panel waste volumes to 2050 and highlights that recycling or repurposing solar PV panels at the end of their roughly 30-year lifetime can unlock a large stock of raw materials and other valuable components. It estimates that PV panel waste, comprised mostly of glass, could total 78 million tonnes globally by 2050. If fully injected back into the economy, the value of the recovered material could exceed USD 15 billion by 2050. This potential material influx could produce 2 billion new panels or be sold into global commodity markets, thus increasing the security of future PV supply or other raw material-dependent products.

The report suggests that addressing growing solar PV waste, and spurring the establishment of an industry to handle it, would require: the adoption of effective, PV-specific waste regulation; the expansion of existing waste management infrastructure to include end-of-life treatment of PV panels, and; the promotion of ongoing innovation in panel waste management.

In most countries, PV panels fall under the classification of “general waste” but the European Union (EU) was the first to adopt PV-specific waste regulations, which include PV-specific collection, recovery, and recycling targets. EU’s directive requires all panel producers that supply PV panels to the EU market (wherever they may be based) to finance the costs of collecting and recycling end-of-life PV panels put on the market in Europe.

End-of-Life Management: Solar Photovoltaic Panels, is the second of several solar-focused publications IRENA is releasing this summer. Last week, IRENA released The Power to Change, which predicts average costs for electricity generated by solar and wind technologies could decrease by between 26 and 59 per cent by 2025. Later this week, IRENA will release Letting in the Light: How Solar Photovoltaics Will Revolutionize the Electricity System – which provides a comprehensive overview of solar PV across the globe and its prospects for the future. 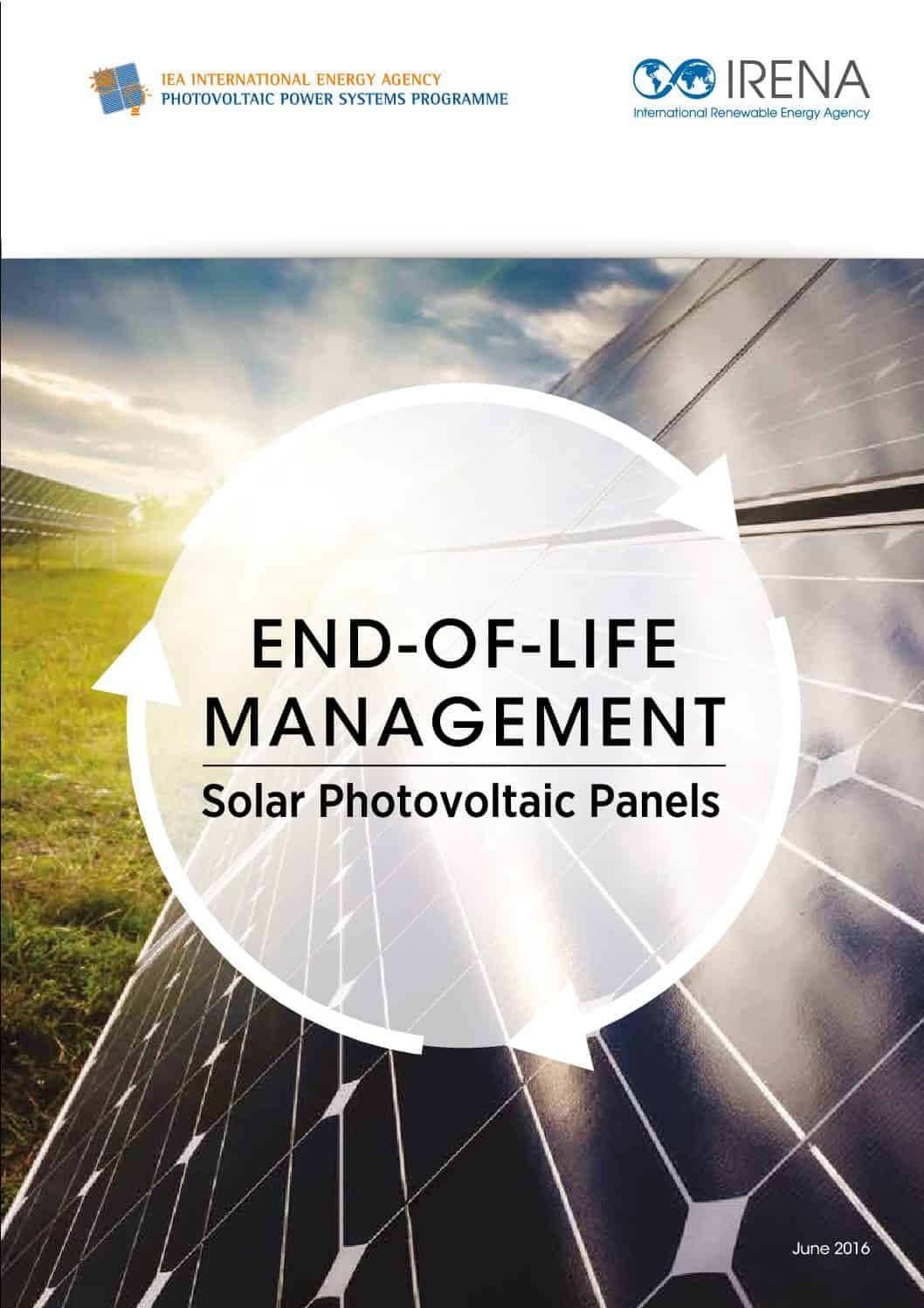