The PV Performance Modeling Collaborative (PVPMC) is a group started by Sandia National Laboratories in 2010 to bring together stakeholders with the aim of advancing the “state of the art” in PV performance prediction. The PVPMC hosts a technical website (pvpmc.sandia.gov), workshops, and open-source modeling function libraries (PVLIB). In 2015, IEA PVPS Task 13 formed a partnership with the PVPMC to increase international participation in this group’s mission.

This report accomplishes two tasks. The first is to provide a technical overview of the steps to modeling the power and energy output from grid connected PV systems. The second is to provide a summary of the results of the first in a series of joint IEA PVPS Task 13 / PVPMC workshops, which was held in Cologne, Germany at the headquarters of TÜV Rheinland on October 22-23, 2015. Subsequent joint workshops have occurred at Fraunhofer ISE in Germany (2016) and at SUPSI in Switzerland (2017).

Approximately 220 solar energy experts from over 30 countries and four continents gathered for two days to discuss and share results related to predicting the performance and monitoring the output from solar photovoltaic (PV) systems. The workshop was divided into six topical sessions exploring advances in the areas of solar resource assessment and uncertainty quantification, effects of irradiance spectrum on PV performance, soiling losses, bifacial PV performance, modeling tools, and monitoring applications.

Highlights from the workshop include the following: 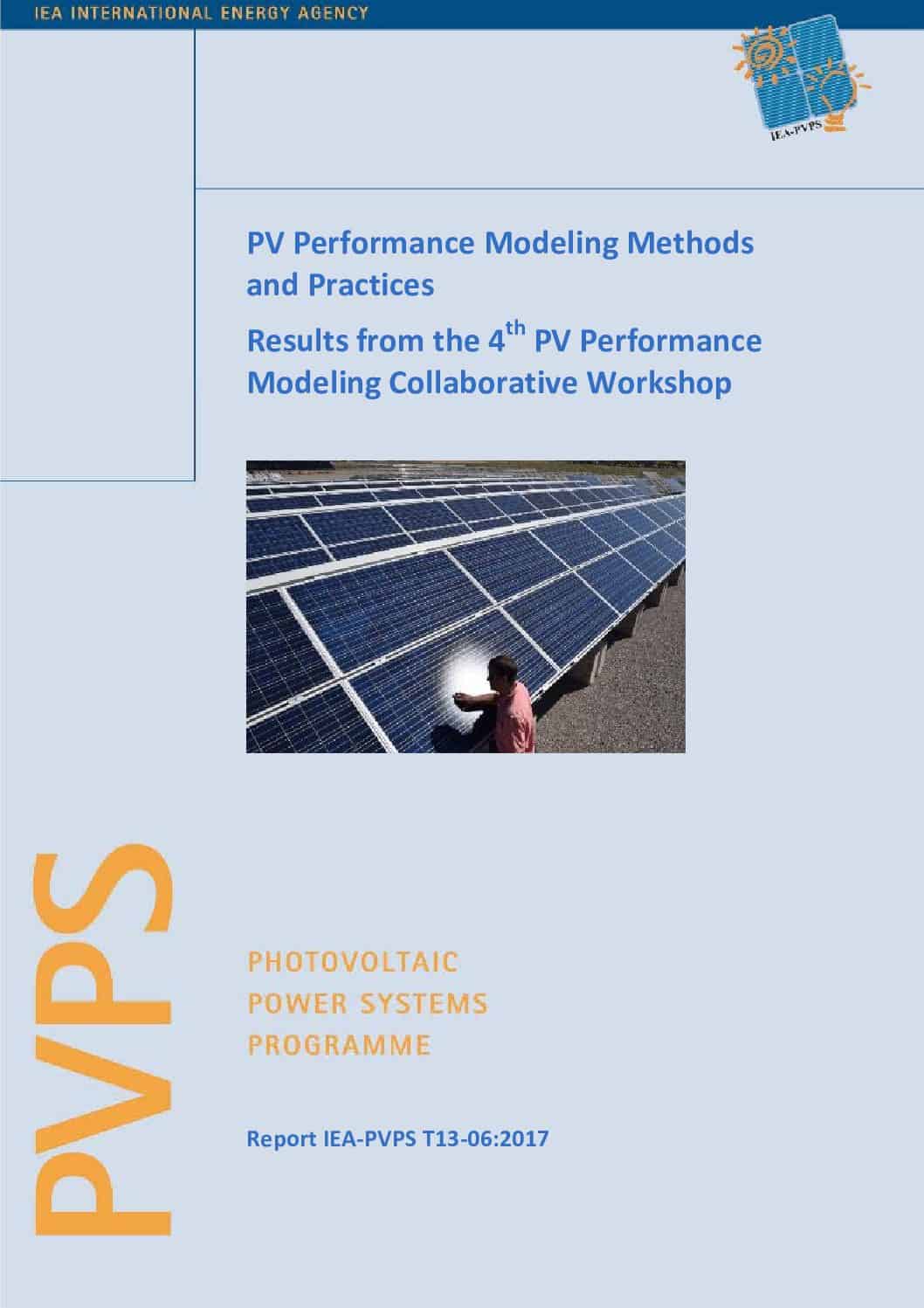