Despite a second year of COVID-19 pandemic, preliminary reported market data shows that the global PV market again grew significantly in 2021. At least 175 GW of PV systems have been installed and commissioned in the world last year which means that the total cumulative installed capacity for PV at the end of 2021 reached at least 942 GW. While these data will have to be confirmed in the coming months, some important trends can already be extracted:

• The Chinese PV market grew again in 2021, despite shortages observed in the value chain during the year and was the largest market in terms of annual installed capacity. In 2021, 54,9 GW of PV were installed, compared to 48,2 GW in 2020 and 30,1 GW in 2019. China remains the leader in terms of cumulative capacity with 308,5 GW installed, almost one third of the global PV installed capacity.

– The US market saw its market increasing to 26,9 GW which allowed it to overtake the European Union that was ranked second last year. Utility-scale installations accounted for about 75% of the new additions.

– Among the top 10 countries, there are now five Asia-Pacific countries (Australia, China, India, Japan, Korea), three European countries (Germany, Spain and France) and two countries in the Americas (Brazil and the USA).

• The top 10 countries represented around 74% of the global annual PV market, a slight decrease compared to 2020.

The contribution of PV to decarbonizing the energy mix is progressing, with PV saving as much as 1 100 million tons of CO2eq. However, much remains to be done to fully decarbonize and PV deployment should increase by at least one order of magnitude to cope with the targets defined during the COP21 in Paris, France. 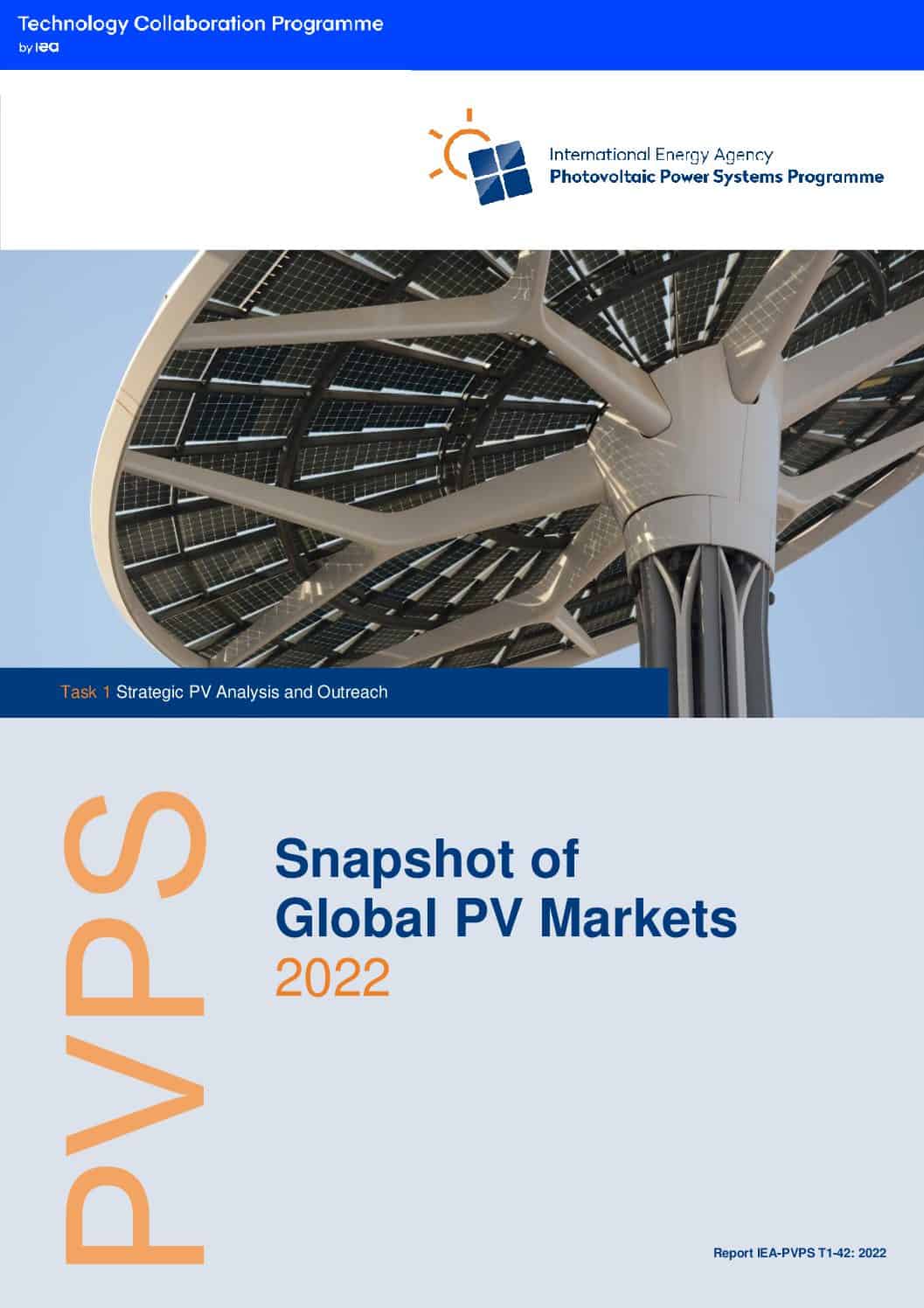