The increasing penetration of PV systems in the distribution network creates new opportunities but also raises several issues for the grid operation. New challenges, arising from the variable nature of solar energy generation, must be tackled in order to keep a stable and balanced power grid.

In this study, short term variability in power output due to changing intensity due to cloud cover is assessed for its impact on energy delivery. Studies on this subject conclude that while there may be local variability, there is a strong reduction in that variability when the aggregate of several PV systems is taken into account, rather than just one PV system. The analysis shows that the aggregated effect of many geographically dispersed systems PV systems yields a smoothing effect that reduces the impact of local variability.
Chapters two and three show the theoretical background of the smoothing effect. Three different variability methods are described: In the first one (representative blocks), the amplitude of the fluctuations was the main focus and information about the duration of the fluctuations was not considered.

The second method (dispersion factor) focuses on the variability itself, but its data requisites were very demanding, which can be a hindrance. The third and final method (wavelet analysis) proved to be a good choice since it needs very limited data inputs and it is able to decompose the input irradiance signal into different timescales of fluctuations. By doing this, the variability reduction can be accessed and calculated separately for each timescale.
In the following chapters, the models are demonstrated in case studies for different regions and with different time and space resolution and one of a distributed generation system in Hawaii, USA.

The current report shows the general validity of the models and suggests a simple global model for modelling variability of PV fleets. Both need further validations at more sites and in more regions to detect the strengths and limitations of the models and the worldwide usability. 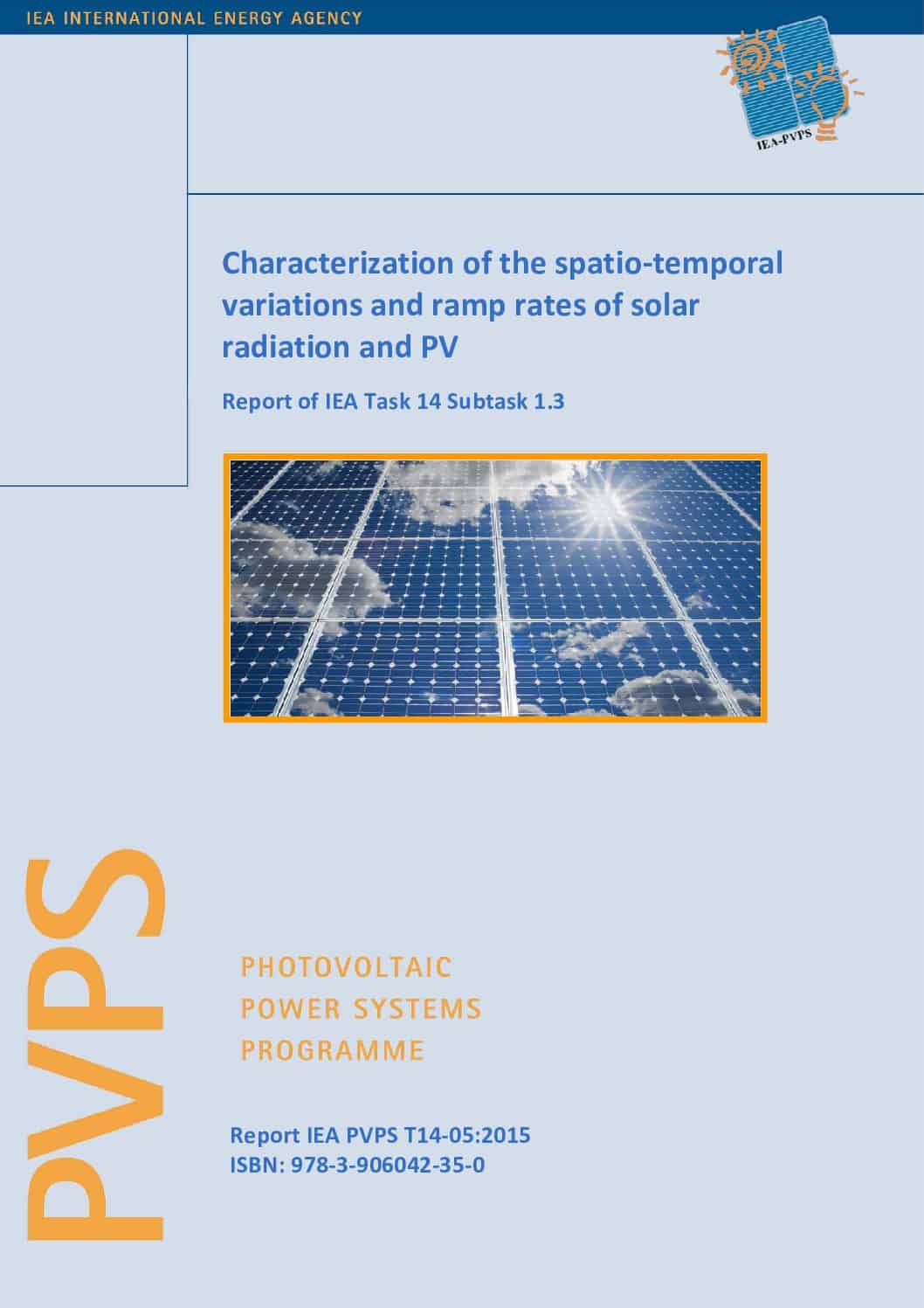