Compilation and Analysis of User Needs for BIPV and its Functions

This report focuses on the needs for BIPV and the multiple functions that BIPV provides from the perspective of the users. The “users” may be the building owner, the building occupants or the professionals involved in planning and constructing the building, such as the architects, engineers, consultants and contractors. Other remote “users” could also be the building supervisor, the city authorities (or other involved administrations), the investors and banking institutes financing the project, and insurance companies. Some of the needs may be identical for all of these users; others may be specific to a single user. The identified needs concern BIPV performance as a building component, BIPV as an electricity generator, long-term BIPV operation, the visual impact and interaction of BIPV with the environment, economic needs and the needs of planners for a Declaration of Performance. The report addresses both “technical” needs, such as those specified in construction laws, technical standards, regulations and guidelines, and also more general aspects, such as energy performance and energy autonomy, visual impact and interaction with the environment, aesthetics and financing risks. Considering the context of Subtask C within IEA-PVPS Task 15, namely to provide an “international framework for BIPV specifications”, the analysis of the compiled user needs concentrates on classifying the needs according to their suitability for treatment within an international framework for standardisation. 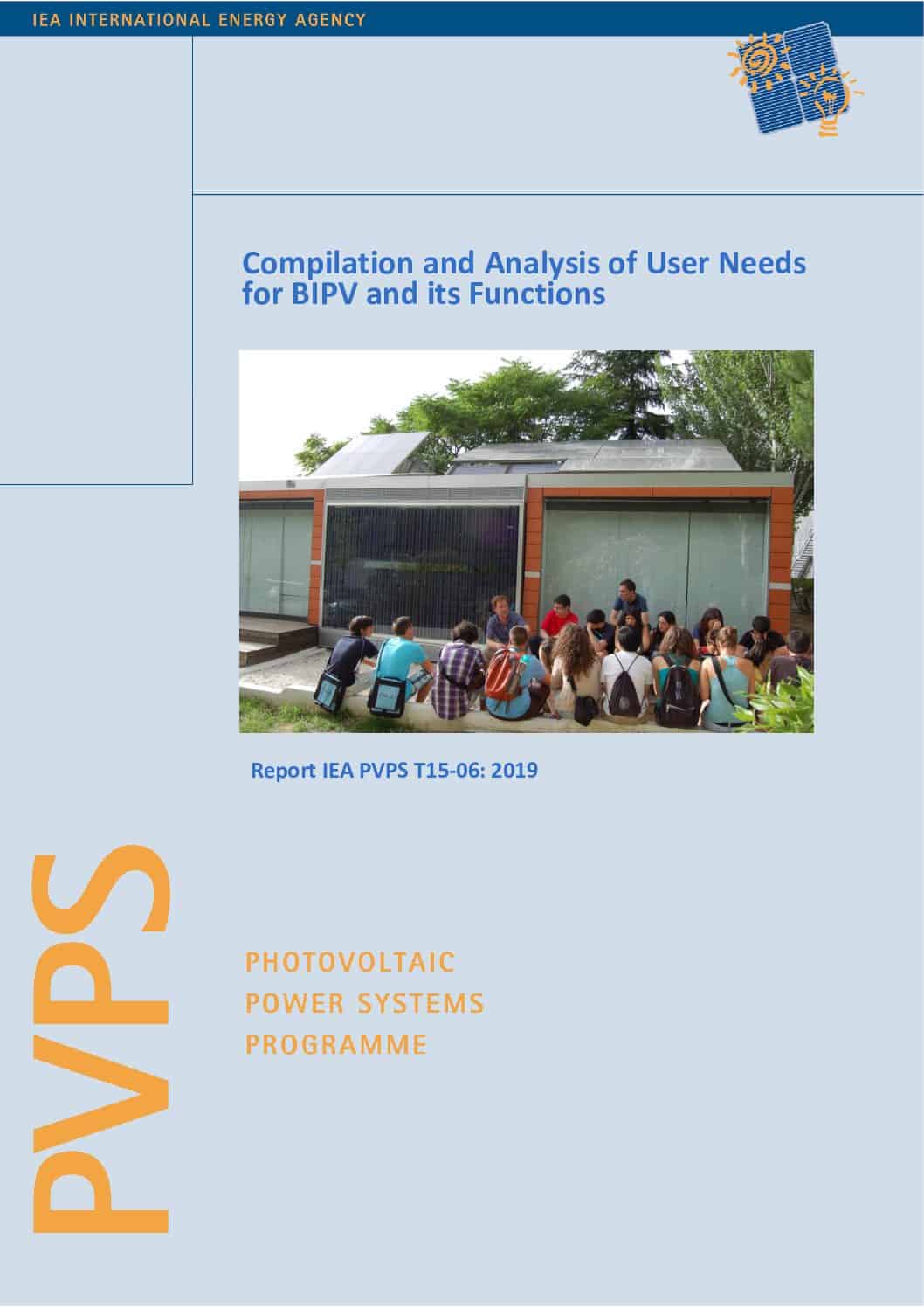