This report aims to identify areas where there is still a need for international standardisation on multifunctional characterisation of BIPV modules and systems and to recommend approaches which could be taken to meet this need.
To achieve this, Chapter 2 identifies Features of BIPV which require modifications to existing testing procedures. This Chapter contains brief descriptions of BIPV features, followed by a list of tested properties where a modification of an existing test is needed to take account of the specific BIPV feature. Chapter 2 does not present the proposed test modifications as such.
This is dealt with in Chapter 3, entitled Types of testing and proposed test modifications to account for BIPV features. The types of testing are initially summarised in an overview table, including those proposals which are not further elaborated in the sub-sections. Where existing papers are referenced or more details concerning a proposed test modification are available, brief outlines of test methods to take the addressed feature of BIPV into account are given in the sub-sections of the chapter.
Following the Summary in Chapter 4 of the main content of this report, and the associated references, an Annex has been included that documents the responses received to questionnaires on experience made with multifunctional evaluation of BIPV modules and systems within Activity C.3. Two versions of the questionnaire were provided, one that was applicable internationally (“Multifunctional BIPV evaluation”) and another intended for European countries (“Experience with EN 50583”). As EN 50583 was the first BIPV standard to be introduced, and was the only BIPV standard to exist at the time, it formed the basis for both surveys. As a total of ten responses was received to the two questionnaires, statistical analysis is not appropriate. Instead, the Annex summarizes the answers received from various participants for future reference.
The challenges of additional requirements resulting from the use of PV modules in the built environment have not yet been overcome. The most pressing challenge is to simplify and generalize the tests and requirements for BIPV products to allow easier and wider international market introduction. The combination of tests used today in the PV world and in the construction world is one approach that can be followed to reduce the complexity and number of tests required for BIPV modules and systems. This and other approaches to multi-functional characterization of BIPV will be addressed internationally at the pre-normative level during the next phase of IEA-PVPS Task 15. 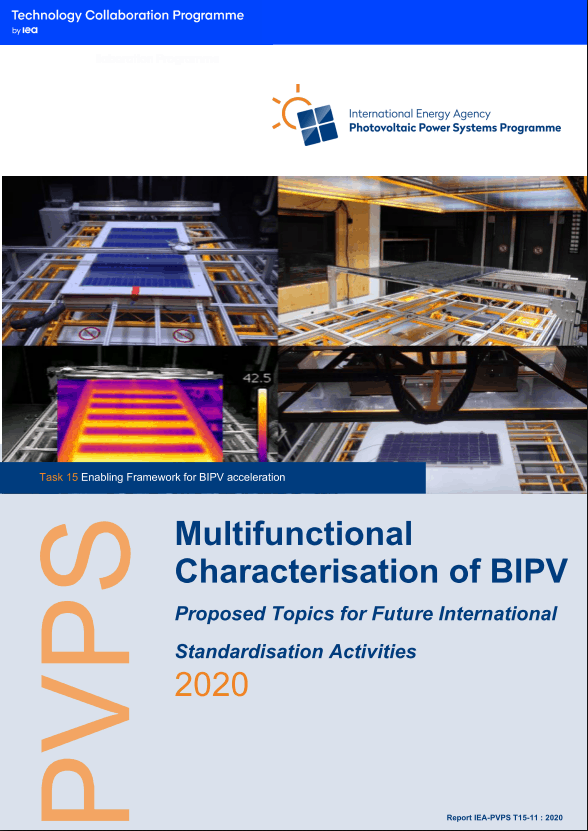