The transfer of photovoltaics (PV) into buildings is a tangible “cause” of innovation. Today, it is much more than an energy-converting solution: it represents a new fundamental aspect in architectural aesthetics and technology [1]. For decades, many classification schemes have been conceived and are intended to be as practical as possible, summarizing the knowledge needed to integrate active solar technologies into buildings. However, the BIPV community has never reached consensus about a reference categorization of BIPV applications in the building skin. Thus, various classifications appeared in literature, guidelines and standards which, according to each target (market, research, feed-in tariffs, dissemination, etc.) have taken different fragmented and not homogeneous criteria into account. The complexity of the BIPV domain, typically bridging construction and electrotechnical perspectives, traditions and innovations, made it complex to make an exhaustive BIPV classification clear since it opens a large potential for interpretation and different uses [2].

The purpose of this proposal is to present a streamlined hierarchical approach as a reference for classifying BIPV building skin technology. By taking into account the main technical subsystems of the multifunctional building skin, the main features in terms of function, performance, morphological, structural and energy-related aspects are organized into five levels from application categories to materials.

The proposed categorization implements a set of taxonomic principles for BIPV based on an integrated and analogical approach drawn upon experience on building and PV sector, by matching a construction technology approach that relates to the main sequences for construction of the building envelope (systems), with more specialised “BIPV” and electrotechnical criteria for the smaller sub-systems (module, component, material). Since many interpretations and definitions are also different in the various countries, a glossary of BIPV systems is reported along with the most widely used synonyms and their translations in different international languages.

We aspire that this paper will be able to provide a first milestone to encourage an integrated perspective and an interdisciplinary effort at the core of the BIPV field and that it will overcome some current obstacles that are still obstructing effective exchange of innovation and cooperation among all the stakeholders. 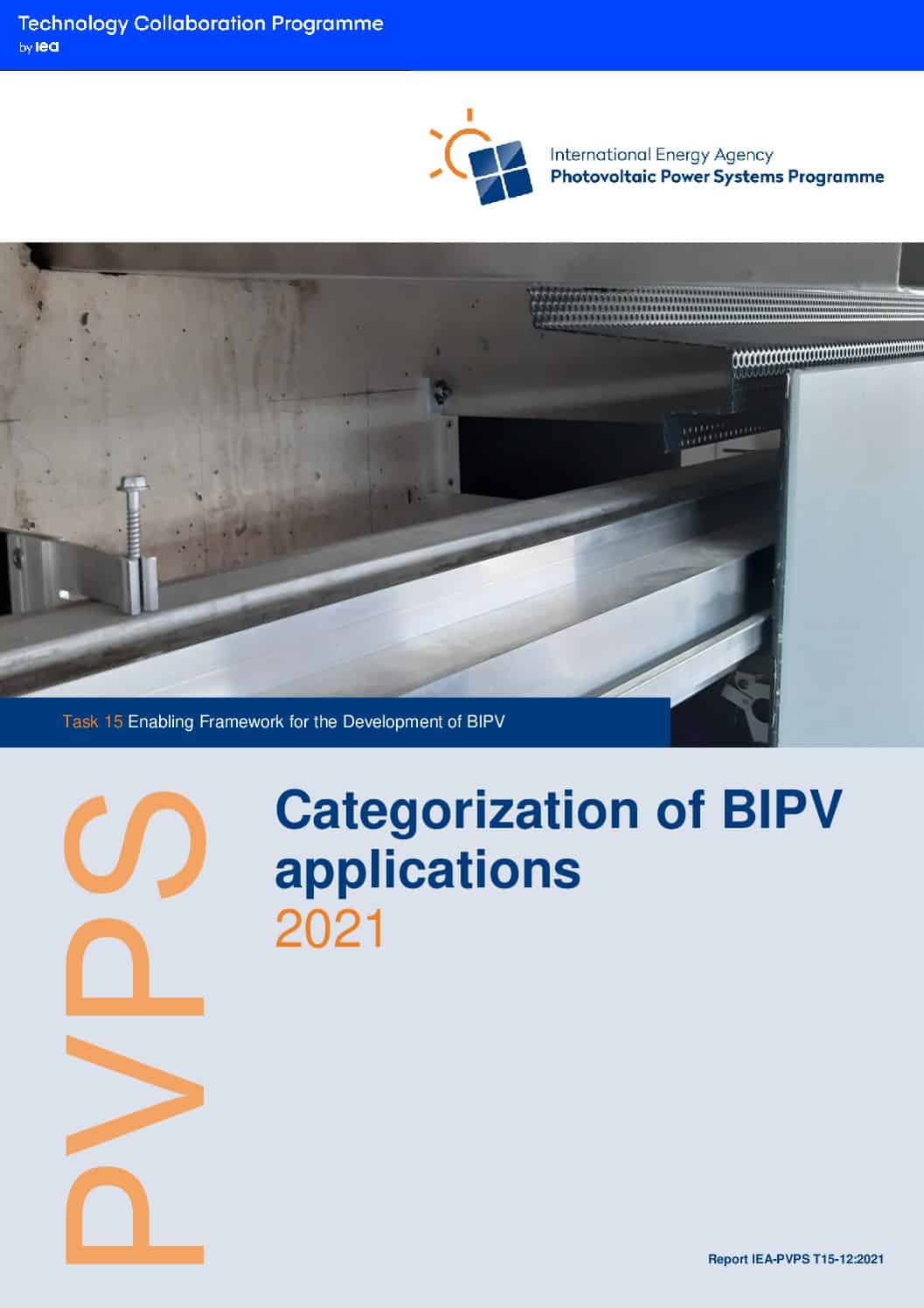