A methodology for the Analysis of PV Self-Consumption Policies

This report aims at providing a comparative analysis of existing mechanisms supporting the self-consumption of electricity in key countries all over the world and to highlight the challenges and opportunities associated to their developments. Mechanisms promoting self-consumption of PV electricity are based on the idea that PV electricity will be used first for local consumption and that all this electricity should not be injected into the grid. The part of the bill that can be compensated depends on several options that are used vary, depending on countries or regions, as we will see below. We will refer to this mechanism of energy consumption in real-time (or per 15 minutes) as a “self-consumption scheme”. An incentive scheme that allows compensating production and consumption during a larger timeframe (up to one year or more) is called “net-metering scheme”. In case, where the compensation can be calculated on a cash-flow basis, rather than an energy basis, we will refer to it as a “net-billing scheme”. Hence, some hybrid programmes exist between these two main schemes. One of the heated debates in the market is about to identify whether compensation can apply not only to the procurement price of electricity but also to grid costs and taxes. This paper provides detailed explanation on how to classify these schemes and what their characteristics are. The aim of this document is to define the range of existing business models that can support PV self-consumption, highlighting the difference between categories and their impacts on profitability from various perspectives.

PROSUMERS
The neologism “prosumer” refers to an electricity consumer producing electricity to support his/her own consumption (and possibly for injection into the grid). The word is built based on the association of “producer” and “consumer” and it is used widely nowadays. In this document, the concept of “prosumer” will be used in parallel with “PV system owner” to qualify the same thing.

SELF-CONSUMPTION AND SELF-SUFFICIENCY
Self-consumption should not be confused with self-sufficiency. The ratio of self-consumption describes the local (or remote under some schemes) use of PV electricity while the self-sufficiency ratio describes how PV production can cover the needs of the place where it is installed. These concepts are completely different but both play important roles in the debate on the development of prosumers.
The chapter on the economy of self-consumption will go into details about current main constraints linked to the production of PV electricity for local use. Hence, in this study, the self-sufficiency ratio will not be the focus since it has little to do with this issue. 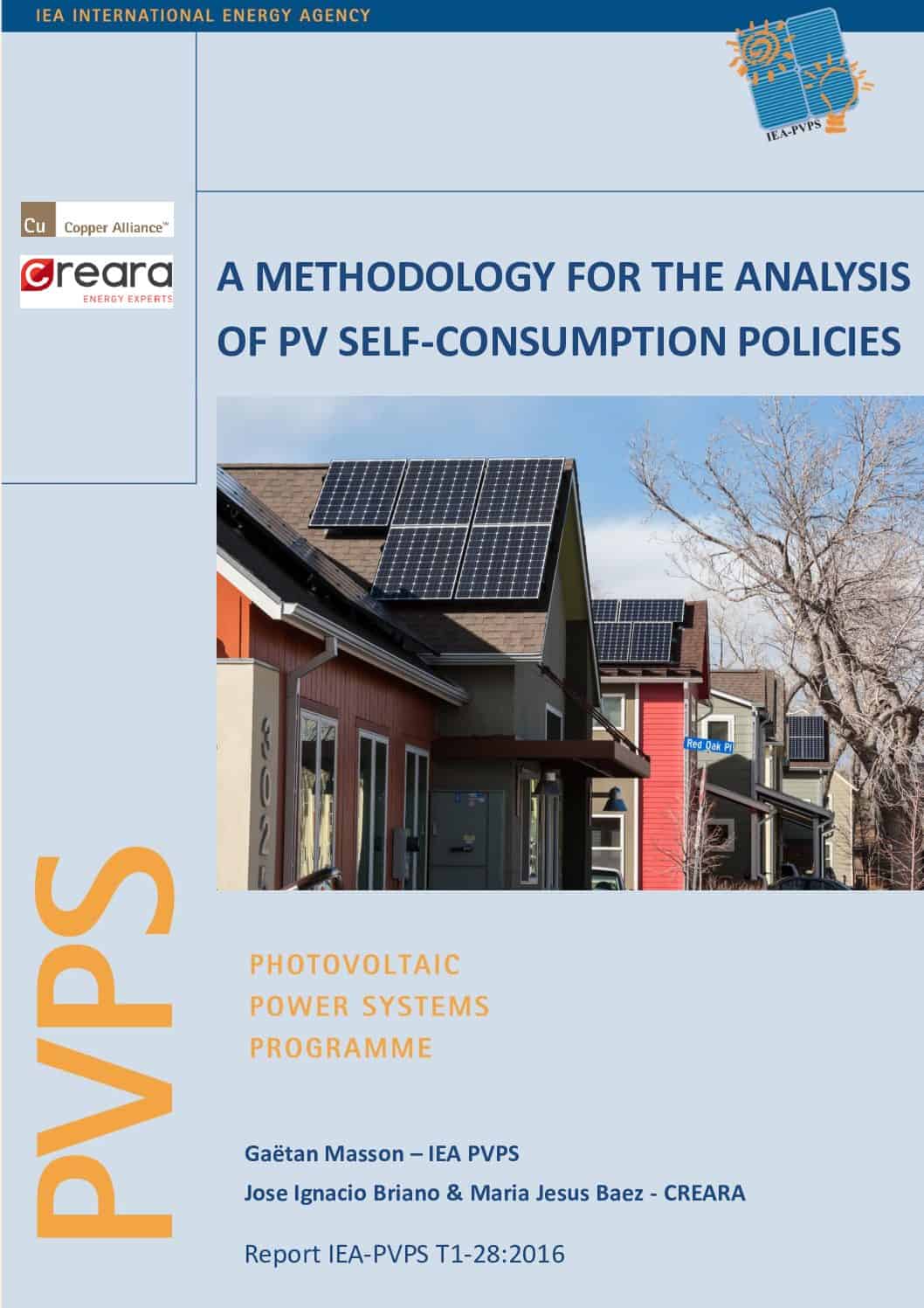