This report defines insular power systems as territories that are geographically defined by conditions that makes interconnections with large power systems unattractive economically compared to alternatives based on the combination of endogenous energy, storage systems, and power electronics. They are uniquely positioned as global laboratories for transforming our energy future as many of them are the first to encounter the emerging perturbations in the earths’ systems response to climate change. This unique combination of increasing vulnerability and decreasing reliability is driving many insular territories to accelerate the deployment of renewable energy systems for their future while experimenting with innovative solutions and best practices that are applicable to many other areas across the globe.

Solar PV is being deployed at an accelerating rate in insular power systems for a number of reasons including reduced cost, improved versatility in deployment scale, and ease of maintenance and operations. Many insular territories are located in areas with high solar irradiance, high population densities and significant rooftop space which helps preserve limited available land for other purposes. Distributed photovoltaics in particular are growing at an accelerated rate, and distributed PV systems increasingly include energy storage due to the increasing availability and the decreasing cost of battery storage.

Storage is the principal option for integrating large shares of non-dispatchable energy in insular power systems. As renewable generation sources increase on the grid, the inherent characteristics of synchronous generators that typically contribute significantly to grid stability diminish. Power electronics and fast frequency response are replacing the legacy of synchronous generators and the reliance on inertia and mechanical frequency response approaches to maintain system reliability.

This report summarizes the general attributes of insular power systems that support these territories emphasizing best practices and key insights that have accelerated their transformation, have impeded their progress and/or are relevant to more traditional power systems globally. The most important recommendations for insular power systems are the following: 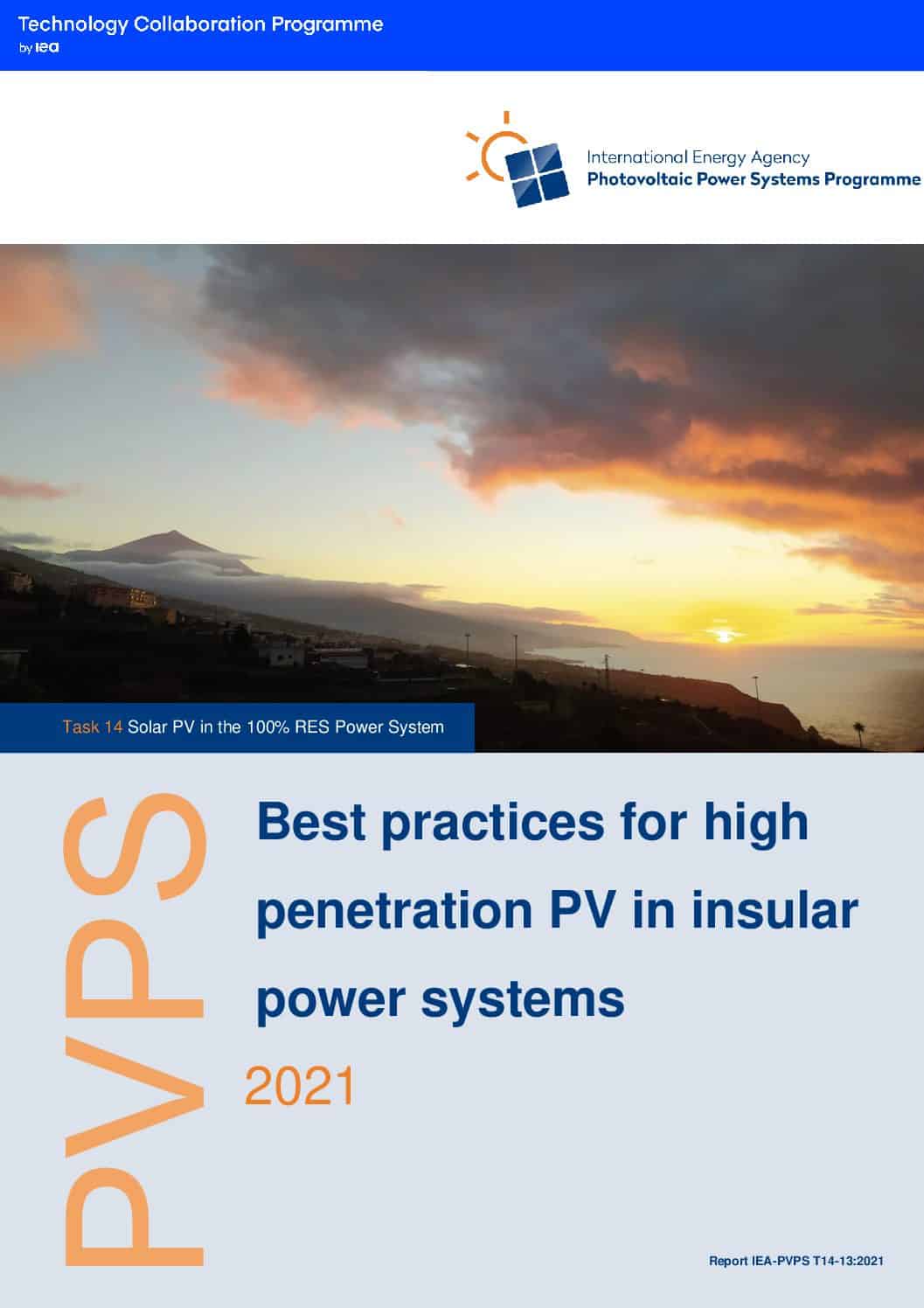