This report provides an overview of current building-integrated photovoltaic (BIPV) definitions. The definitions have been used in standards to specify their scope, by funding programmes to differentiate between classes of photovoltaic systems that were eligible for different subsidies, and in collaborative research projects and programmes to achieve a common working understanding of the topic.

Most of the reported national funding programmes, which often promote the installation of BIPV systems with more favourable conditions than for other PV installations, follow the same general criteria to define BIPV as in current standards, but specify them in more detail and provide more examples. The Chinese criterion for BIPV differs from the others in that it regards “integration” as being evidenced by close collaboration along the whole supply chain of the building team that implements a BIPV installation.

Most of the definitions used by research programmes and projects are similar to those of current standards. An exception is the definition of IEA-SHC Task 41, which explicitly introduces the concept of “formal (aesthetic) integration”. This is a concept which is usually considered to be outside the scope of technical standards and guidelines that provide the framework for specifications.

The “dual functionality” of generating electricity and serving a specific and integral purpose as a building component is common to almost all reviewed definitions. To serve a useful purpose in technical standards, it is beneficial to recognise the widespread division of responsibility for products, usually taken by the manufacturer or a single on-site assembler, and systems, usually assumed by the system provider/installer. This is reflected below by providing separate definitions for BIPV products and BIPV systems.

Taking the observations above into account, the following definitions are recommended as a basis of common understanding within IEA-PVPS Task 15 for use within Subtask C for proposals concerning BIPV standards:

A BIPV module is a PV module and a construction product together, designed to be a component of the building. A BIPV product is the smallest (electrically and mechanically) non-divisible photovoltaic unit in a BIPV system which retains building-related functionality. If the BIPV product is dismounted, it would have to be replaced by an appropriate construction product. 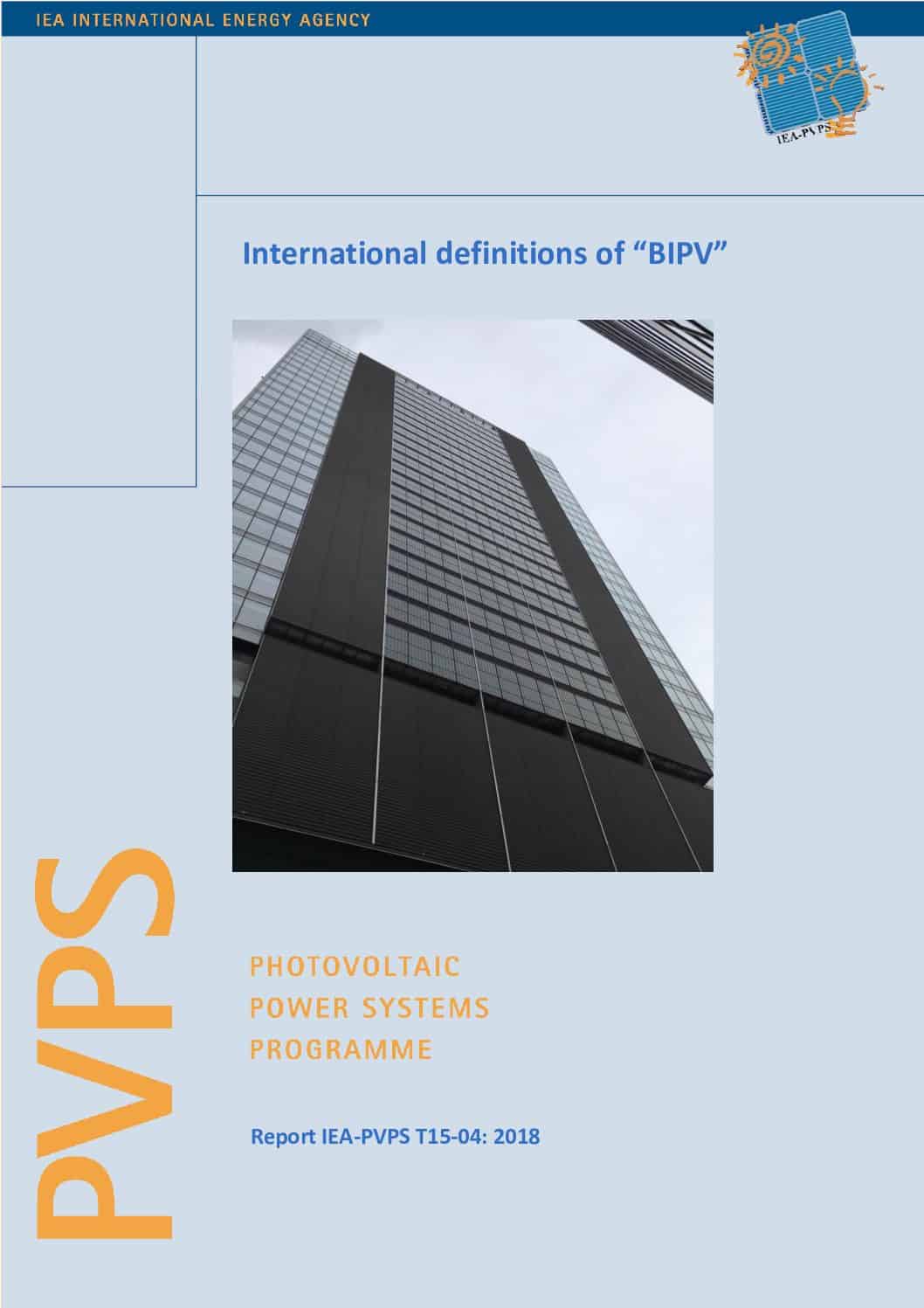